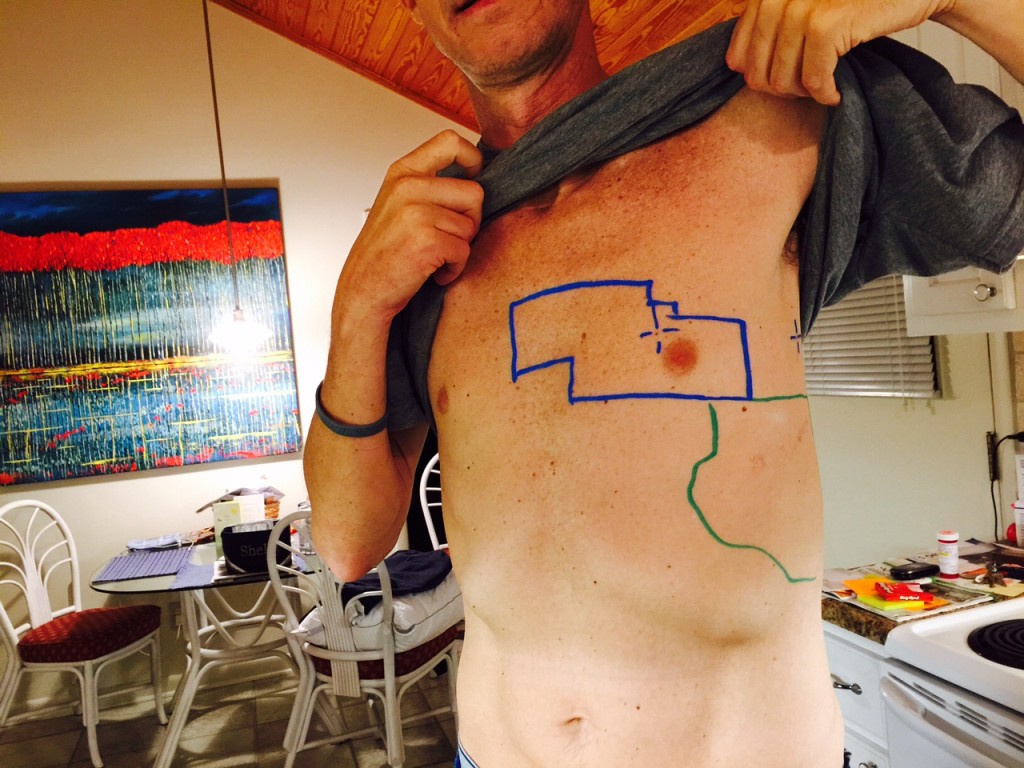 The Sounds and Sights of Spring… 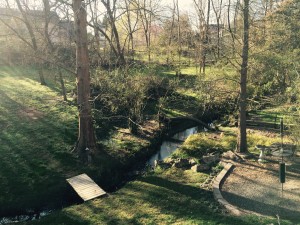 Sat on the back porch tonight with my Pop. Maybe 5:30 or so. Sun sets directly in our back yard this time of year. Beautiful scene. Creek is flowin’. Green grass is poppin’. Flowers bloomin’. Commented on the many birds feeding on this squirrel-free rigged feeder, naming what we saw, listening to the hundreds of calls in the trees. We actually saw one on the feeder we didn’t recognize (it was a Warbler, we haven’t figured out which type). Pops has been a bird watcher since before I was born, and as many of you know, I dig birds too. My bro and I know a good bit about the animal world b/c of our upbringing and respecting nature. Thanks to my Dad for this. For tons of reasons, but for one, it makes 30 minutes in the backyard with him that much more enjoyable and interesting. Every time.

Sitting there breathing it all in, including the pollen too unfortunately, I thought about home. I’ve been here for almost 4 months now – December 1 is when Christian told me I have cancer. I’ve had wicked good support from family and friends here. Jo Ann and Dad have been amazing. Mom flew cross country in the freezing temps to see me for a fun week and I’m gonna head her way soon. Friends and neighbors I’ve known 25+ years stopping by with food, a hug, a joke, whatever. We’ve weathered the very cold winter (as these parts go), and this health mess so far, and it feels energizing and comforting to be sitting at home with my Dad as the sounds and sights of Spring are kickin’ in. There is no other feeling like it.

END_OF_DOCUMENT_TOKEN_TO_BE_REPLACED 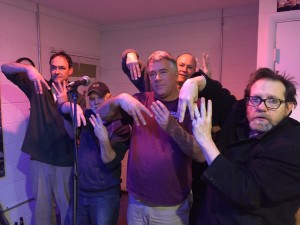 There are a handful of bands that I am sure I have seen live 15+ times. Guster. Dillon Fence. Hobex. And The Connells. Lots of fond college memories with these fellas from Raleigh, NC – fondest ones coming at the Mad Monk. They still play a few times a year over at Lincoln Theater, and tonight is one of those times. I had planned on going, and feel pretty good today, but I’m gonna avoid the crowd and cold and hang tight in Chapel Hill. I know my Wilmington posse will be representin’.

Big thanks to the band for having some fun and sending this MW pic in a few weeks ago. A little rock & roll mojo goes a long way.

END_OF_DOCUMENT_TOKEN_TO_BE_REPLACED 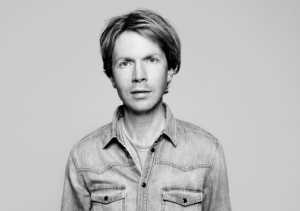 END_OF_DOCUMENT_TOKEN_TO_BE_REPLACED

The Mojo is Risin’… 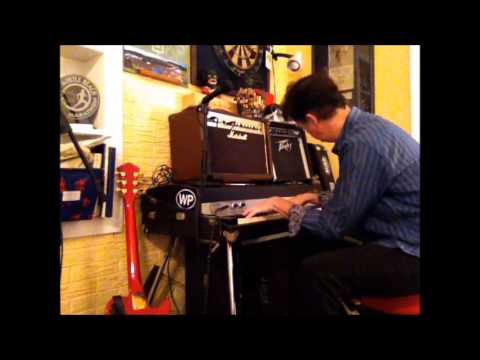 This is Hughes. Hughes is a longtime friend from freshman hall in ’89. Hughes is talented. Hughes is funny. Hughes is bringin’ major MOJO…and made my day.

Plus, a few of you Warriors  made the video. Enjoy! 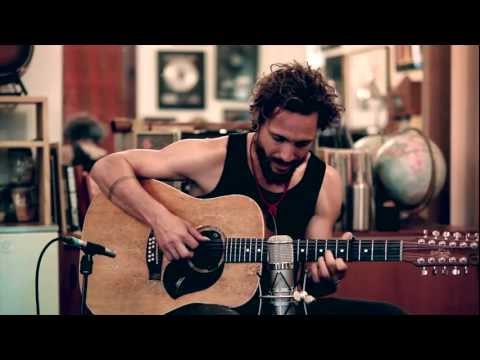 In case any of you need an inspirational song from an Australian dude who is all about the peace, love, harmony, environmentalism and kinda gnarly, long guitar-pick fingernails, here’s your answer. This is what’s channeling into the new Jawbone speaker today in Chapel Hill. The last 4 minutes or so are my favorite. Good Sunday tune.

END_OF_DOCUMENT_TOKEN_TO_BE_REPLACED

Dave Grohl is my hero, or one of them as least. The new Foo Fighters documentary Sonic Highways is a masterpiece. Collaboration and interviews with the likes of Willie Nelson, Buddy Guy, Bad Brains, Cheap Trick, Pharrell, Gary Clark Jr. and Stevie Nicks to name a few. 8 songs recorded in 8 cities and inspired by the musicians that shaped their sounds from those locations. Rockin’. Unique. Inspirational. The dude can do no wrong in my book.

Thanks to Shawn and my brother for adding me to the tour in 2015. Lookin’ forward to the Chicago and Atlanta shows in the Fall. See ya in a few months, Dave.